Rocca Roveresca is fortress and symbol of Senigallia. Built in 300 B.C., originally was a defence building. In the 16th century it became soldiers’training site, during Papal State Age was turned to a prison and at the time of World War I was a hospital.
Today we appreciate the Rocca the same way Lord Giovanni Della Rovere wanted it to be: a fortress to defend the Della Rovere family. Built by Luciano Laurana and Baccio Pontelli, it presents two different styles coming from different periods of time. Laurana designed the residential part together with the bridge, while Pontelli realized the defensive part. The beauty of the castle is represented by the union of two souls in one. Today Rocca Roveresca is site of important cultural events and festivals. 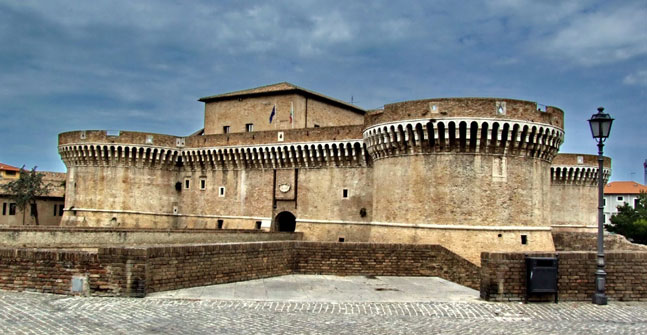 Rotonda A Mare has been built just above the sea and its opening dated back in July 18th, 1933. During World War II it was a military warehouse while in the 50's and 60's it became core of the society thanks to its musical events which saw many Italian singers performing on its stage. Fred Bongusto honoured the building with his famous song "Una Rotonda sul mare". During the following years its success was going down until in the 80's it was stated it was unusable. After years of restoration in 2006 it opened again and since then, Rotonda a mare hosts art galleries and events of any kind.

Mastai Ferretti's Palace is a building of the end of the 15th century, originally house of Giovanni Maria Mastai Ferretti, better known as Pope Pio IX. The museum hosts paintings, pieces of furniture, and objects belonging to the family. 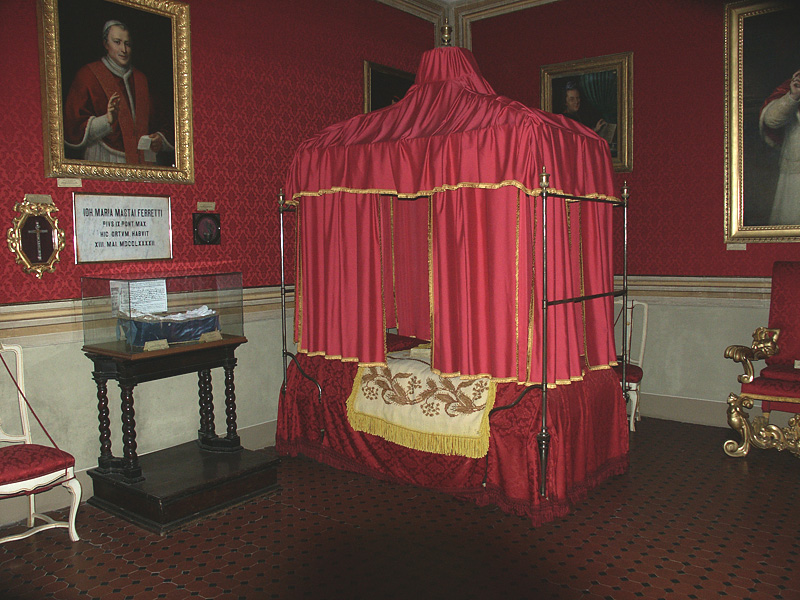 It was made build by Guidobaldo II Della Rovere and Francesco Maria II. It was designed by Gerolamo Genga in the mid- 16th century and, in the Hall of Throne, it presents a ceiling coffer painted by Taddeo Zuccari. 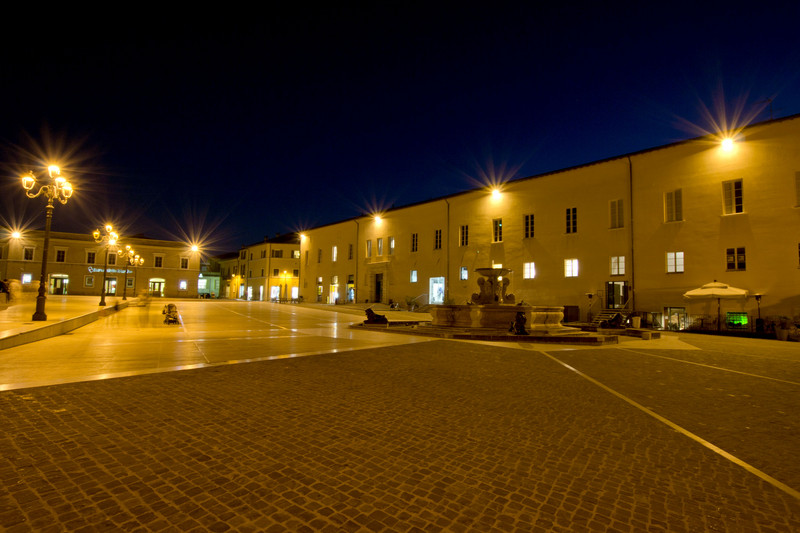 This building in Duke's Square was made build by Giovanni Giacomo Baviera, uncle and representative of Giovanni Della Rovere, Pope Sisto IV's nephew, soldier and politician of the Renaissance.
The building is full of decorations that represent the history of humankind from the origins to the rise of Rome. 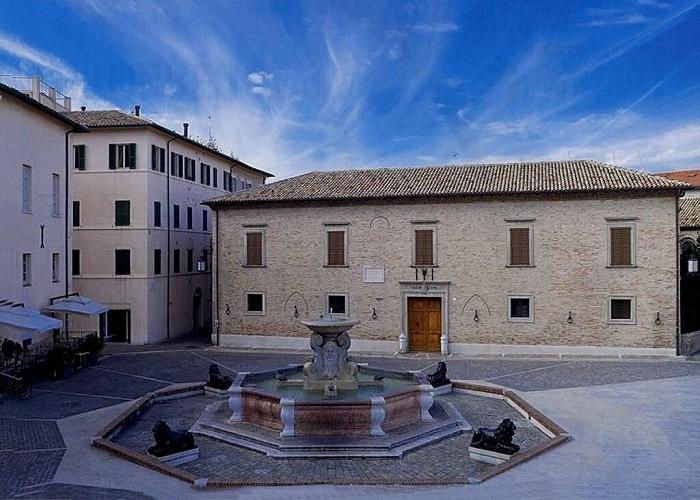 This church was founded in 1608 under the confraternity of the sacrament and the cross.
Built up by Girolamo Marioni, this church is a mixture of Renaissance and Baroque styles. On the main door Saint Augustine's words are engraved "se ti esalti il Signore fugge da te, se t'umili viene da te" (Erigis et fugit a te humilias te et venit ad te).
The façade is divided into 4 pilasters with Corinthian capitals in Renaissance style. Inside the church, the tabernacle and all of the 6 altars are in Baroque style. 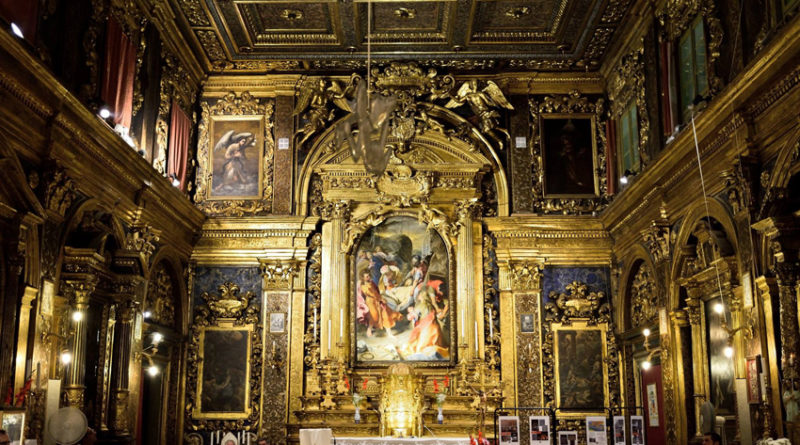 Foto Annonario is a clay brick complex designed by Pietro Ghinelli in 1834. It is a round shape piece of Neoclassical art with 24 columns that give shape to the so called "portici". Inside the building is the library and the archive of the city. In the square everyday a fruit and vegetable market takes place. 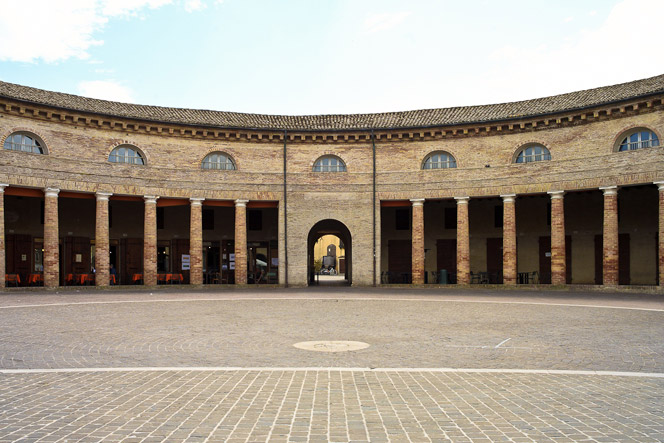