THE COUNTRYSIDE THE HISTORY

Corinaldo, Monterado, Castel Colonna, Ripe, Brugnetto, Roncitelli, Scapezzano: the ancient lands of Frattula.
Only nowadays geography of these lands is neat : the area on the left of river Cesano reported for the first time in 1115. The root of the word Frattula comes from the verb "frangere" (break, rupture). This reminds to a discontinuous area, obstructed by vegetation. The history of Frattula – studies have shown that it enrolled in the county of Francavilla – is unique and extraordinary, because it tells about a Signoria of the Poors.
Frattula did not know exploitation and injustice ongoing at that time between feudatory and servants. The lords of Frattula were the Monks of Avellana who owned most of the lands donated by previous owners threatened by barbarians after the collapse of the Roman Empire who had faith in Pope's and Emperor's protection.
Lands were allocated depending on the families. In this way they remained beneficiaries of salary and the products of the soil. The annual rent families had to give back was symbolic: a frittata, a sausage, or a loaf of bread. A real democratic revolution inspired by the ideal of social justice.

THE COUNTRYSIDE WHAT TO VISIT

The Lands of Frattula go from Scapezzano of Senigallia until Corinaldo, from the Valley of Misa to the Valley of Cesano. This territory has always defended its agriculture and that is why it got the prize of Bandiera Verde (green flag). It conserved its cultural patrimony having a deep sincere culture of hospitality. Small towns with surprising stories, places full of culture, history and really close to one another.

The main attraction of this small town, in the hinterland of Senigallia, is featured by its popular hundred stairs named "La Piaggia". Just halfway is the Polenta well, well-known for the local legend about it.
The story tells about a farmer who was carrying a bag of flour and got tired to go up the stairs. He took a break and spilled the flour accidentally. Since then, all the inhabitants had sufficient Polenta for the whole Winter.
Corinaldo has 912 mt town wall in excellent conditions and fully walkable. The view from there is really suggestive. Places of interests are the Municipal Palace, the Augustinian Convent, Goldoni's Theatre, and the Tourist Office, located inside a building of the 14th century, the oldest house in town.
Along the walls is the Scorticatore's Tower where the sheepshearer used to live. From there you can appreciate the entire old town, the countryside. Even Monte Conero is clearly visible.
You can also join the town from the Landroni gate, a 17th century' complex of galleries.
Corinaldo is also known for being the native land of Saint Maria Goretti. Her house is 1 km from the old town and is open to the public. The house is also a pilgrimage destination.
Distance: km 13 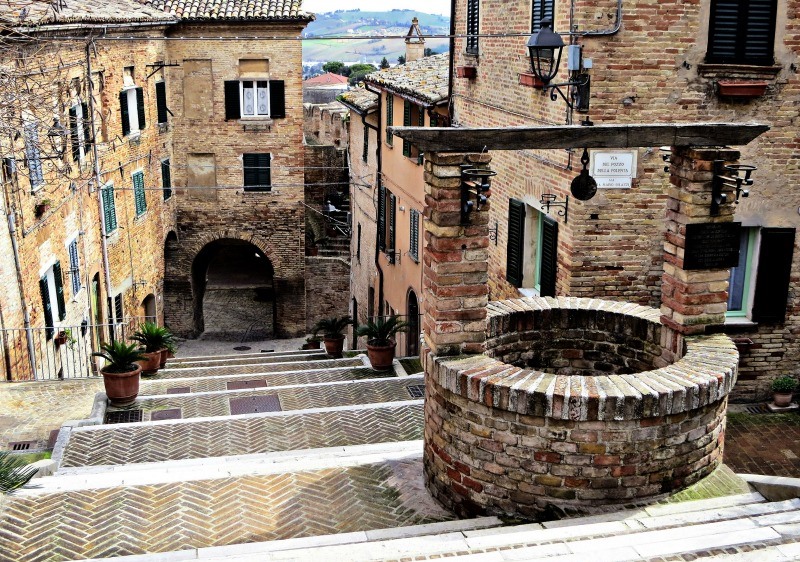 This town is very small and is built up on a buttress. Main attraction is Vittoria Colonna Tower, a clay-brick bastion door with medieval decorations. It was built in the 13th century and was house of a tomb dated 1457. Castel Colonna is surrounded by the countryside and from the Croce area you can appreciate suggestive views such as Montesalvatello hill and Poggio di Francavilla.
Distance: km 7,4

Monterado rose in 1267 when Prior of Fonte Avellana, Saint Albertino degli Ubaldini, let the inhabitants of Francavilla build a fortress on the hills of Monterado. From 1285 to 1462 the town was owned by the Malatestas and after that, by the Della Rovere family. It was admitted to the dukedom of Urbino until 1631. In 1742 some Jesuits from Rome built the Palace of Monterado demolishing all the previous old town. The Malatestas' walls are still visible. In 1808 Monterado was assigned to the Dukes of Leuchtenber and just in 1860 it became part of the province of Ancona. From a side of the town, 7 hectares forest of oaks and pines planted by Lord Cerasi can be appreciated.
Distance: km 5,3 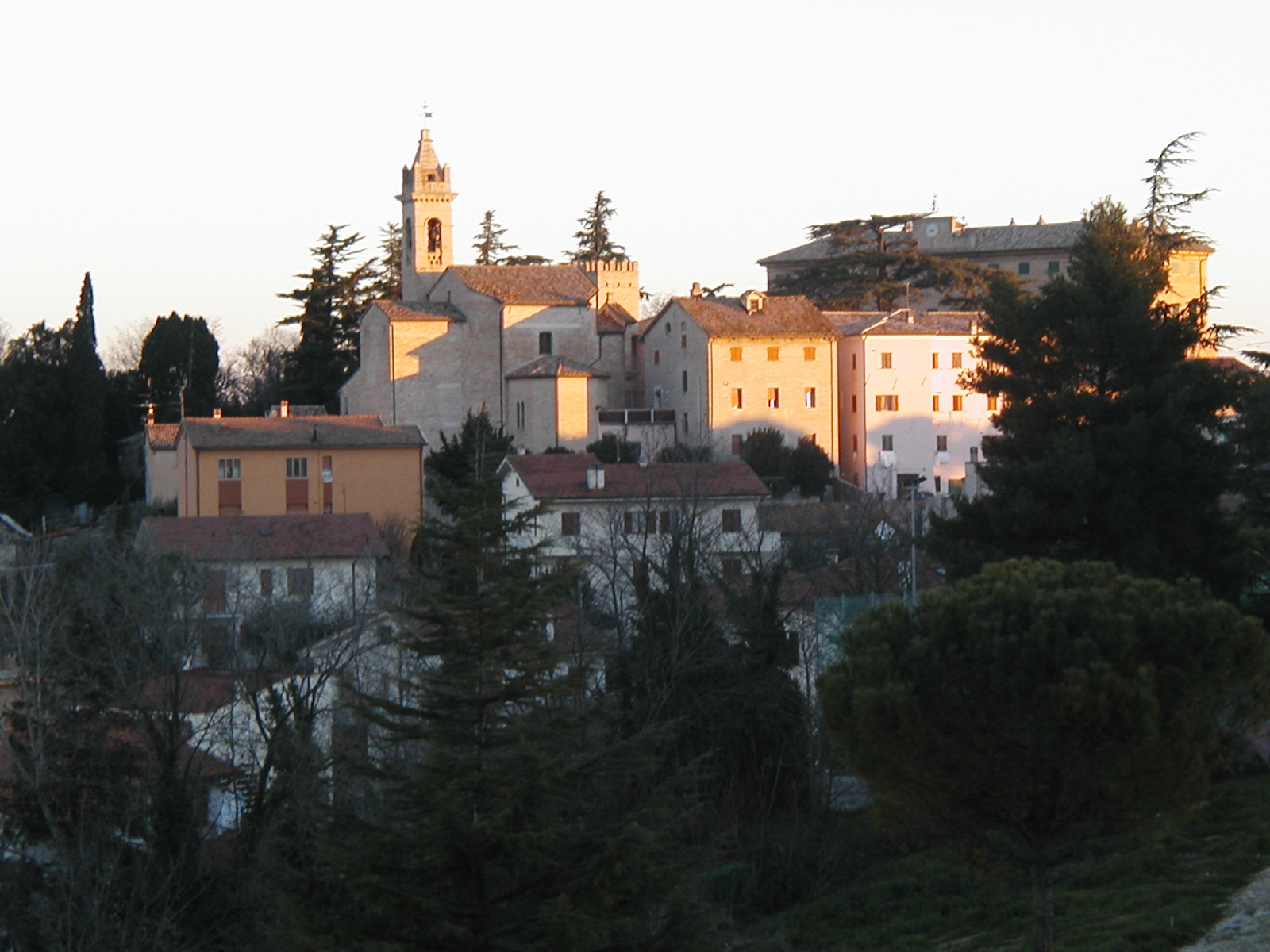 The Palace was made build by Guidobaldo II Della Rovere and Francesco Maria II. It was designed by Gerolamo Genga in the mid-16th century and the Hall of Throne, has a magnificent ceiling coffer in wood painted by Taddeo Zuccari.
Distance: km 8,1

Brugnetto, whose name comes from an ancient forest of plum trees, is a small town on a side of the Nevola.
Here you can visit the Church of Saint Michele Arcangelo and Castracani Palace – Antonelli – Augusti known as Villa delle Cento Finestre (Hundred Windows Villa).
Distance: km 7,9 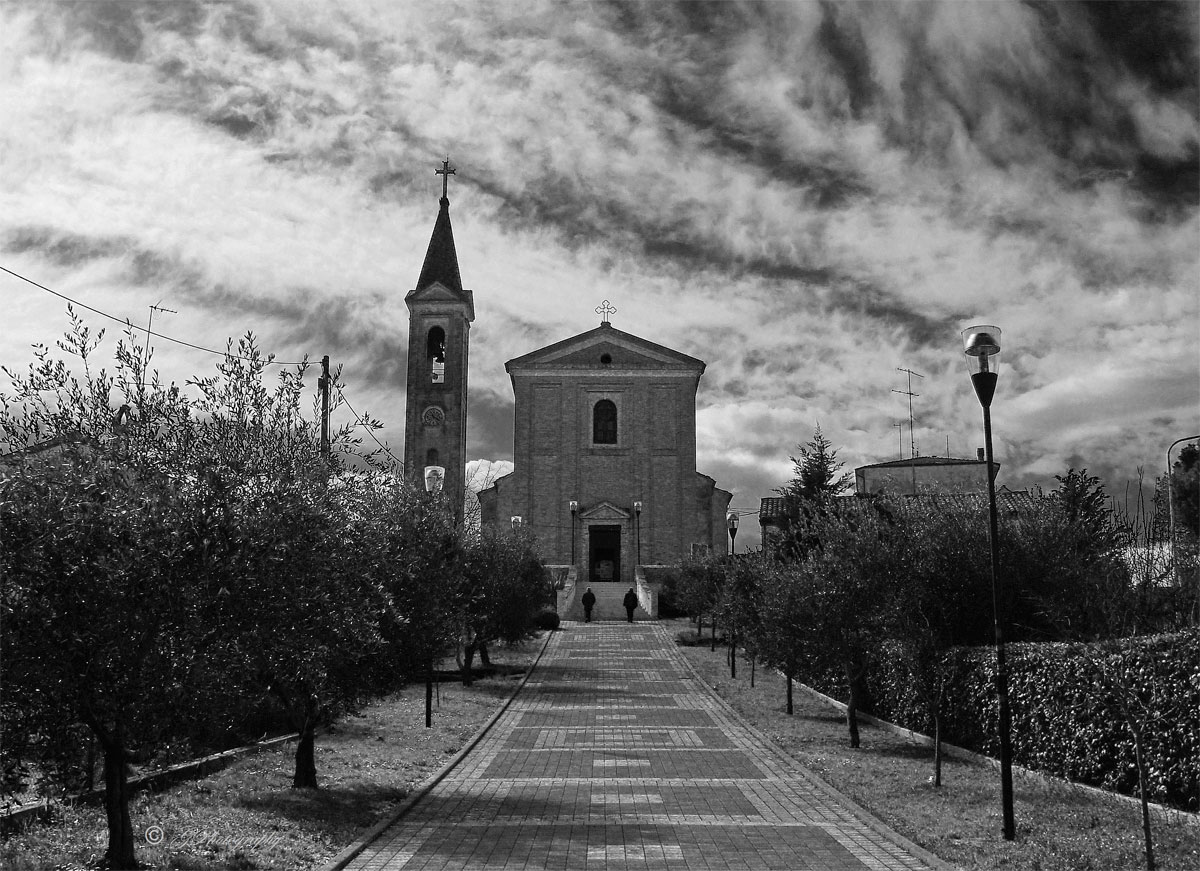 Nearby Senigallia, at 500 mt above the sea is Arcevia. Its history is fascinating and really old. The ancient Galli Senoni were the first calling this town "Arcevia" even though until 1817 its name was "Rocca Contrada". After that it became "Arces Via" which meant "fortified place". During Middle-Age it saw many battles between Guelfi and Ghibellini, between the Malatestas and the Papal State. Arcevia is land of castles: the Castle of Loretello is one of them and has come well preserved. Still today it is intact and was built with red bricks. It was Fonte Avellana's property but in 1248 this fortress became Arcevia's.
From Arcevia the view of all the surroundings medieval towns can be appreciated.
Distance: km 37,8 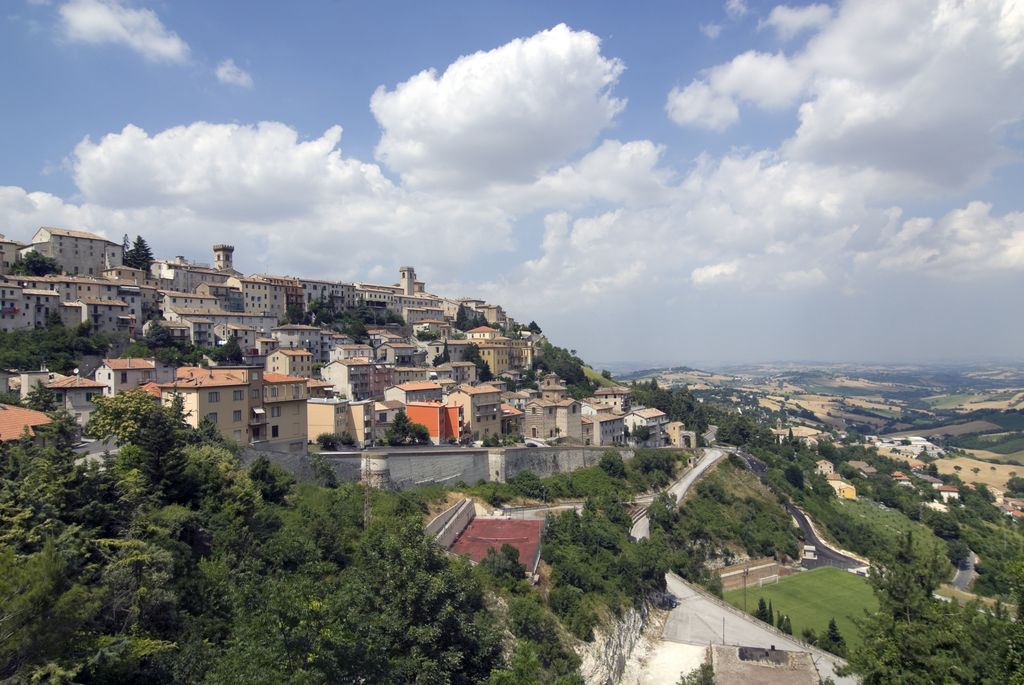