Everyone cherishes our land in Summertime, but only a few know that Marche is not just a region for the hottest months . Our Country House in Senigallia allows you to discover the sea out of Summer, go for romantic walks and enjoy the food and conviviality of the surrounding small towns.

THE BEFANA OF URBANIA 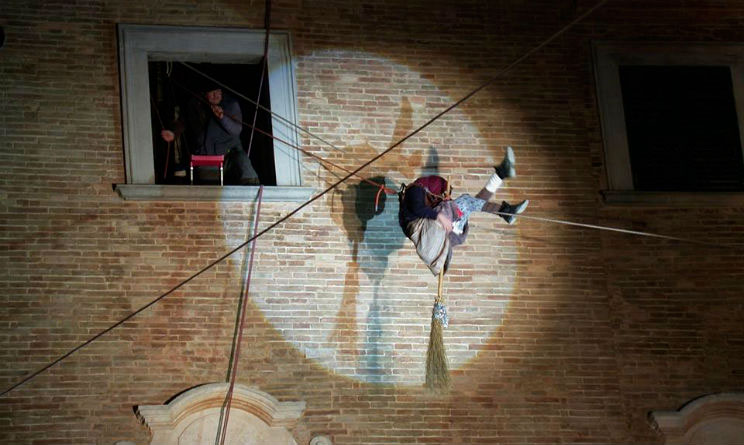 THE CARNIVAL OF FANO

The oldest Carnival in Italy, following the one in Venice made famous by the "getto", the throwing of sweets. 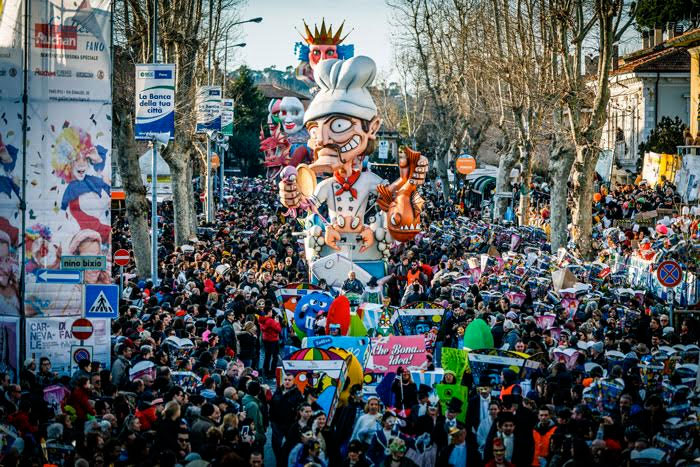 The craziest Carnival in Italy with the throwing of truffles from the carnival floats. 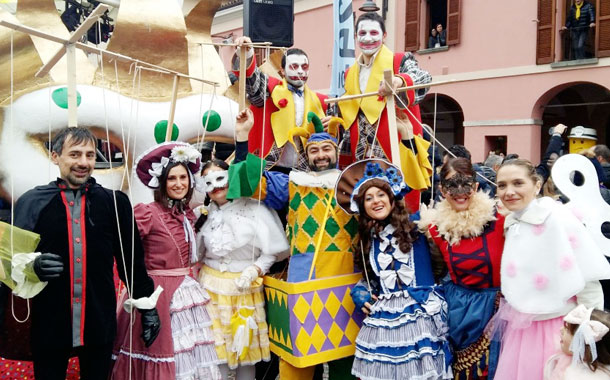 THE MARKET OF THE WHITE TRUFFLE IN FOSSOMBRONE 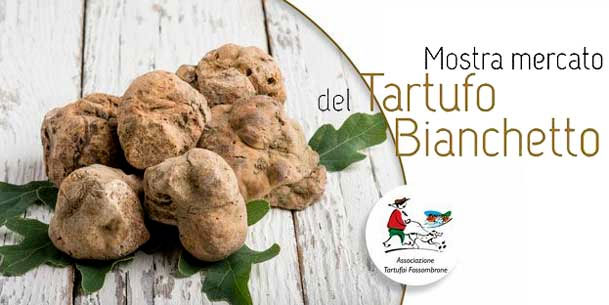 A longstanding peasant festival with events, music and delicious sweets.

THE SEAFOOD CUISINE FESTIVAL IN ANCONA 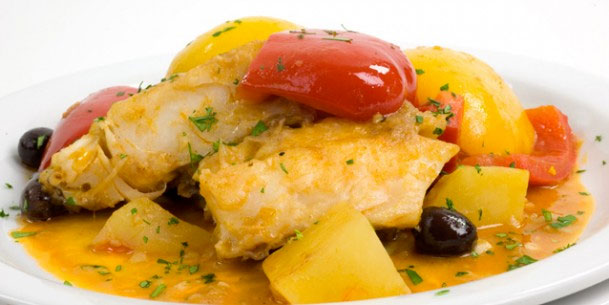 THE EASTER BREAKFAST IN USSITA

Street markets in the square and typical dishes.

An event for wine lovers with wine-tastings, seminars and street food market. 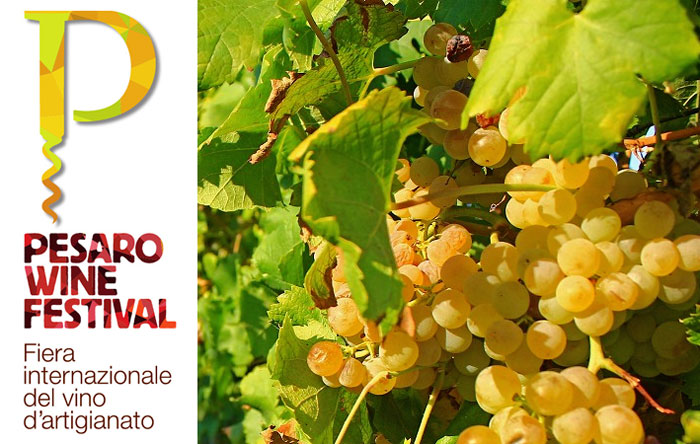 THE DERANGED ONES FESTIVAL IN CORINALDO

Sports events, music and good food in three days of fun and colour. 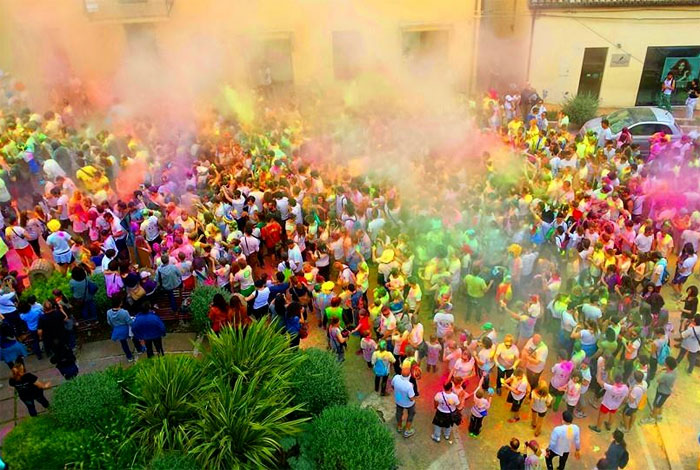 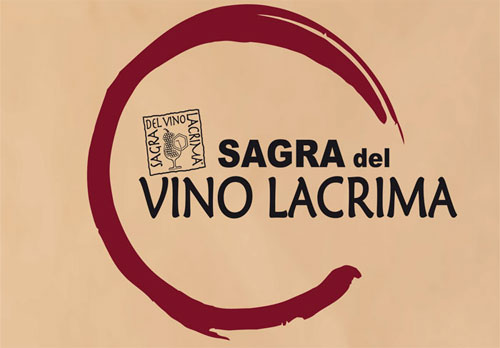 The culinary event you can't miss if you love artichoke-based dishes. 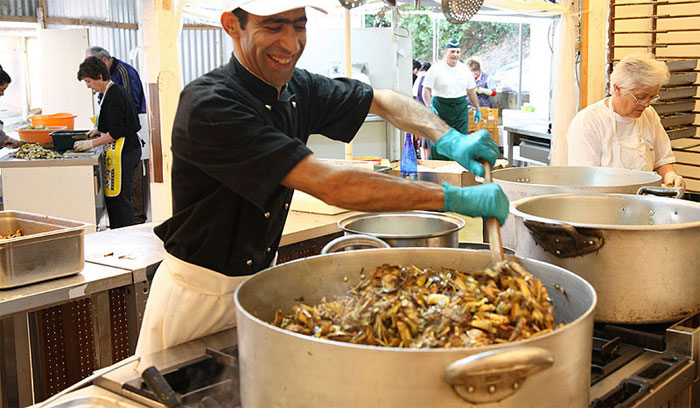 VERDICCHIO IN FESTIVAL IN MONTECAROTTO

Conferences, exhibitions and performances accompanied with a glass of good Verdicchio wine and a variety of local traditional dishes.

6 days of several events and music everywhere in town.

The second week of July is the week of the "Caterpillar" show, broadcasted on Radio Rai 2, housing many lives of national and international artists. 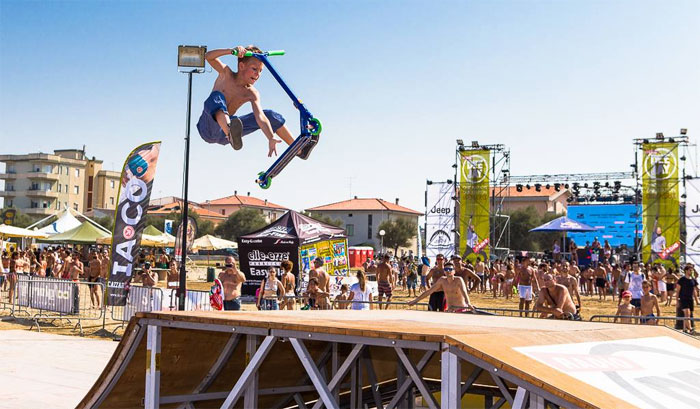 THE SUMMER JAMBOREE IN SENIGALLIA

Between the end of July and the first week of August, Senigallia goes back to the American 50's. 12 days dedicated to the event, 9 of which involving the whole city and the remaining 3 including the surrounding towns as well. Free entrance live music concerts with big Rock&Roll stars, dj set from morning to late at night, the Big Hawaiian Party on the beach from sunset to dawn. Everyday from 6 pm onwards, the Rocking Village opens its vintage street market.

In mid-August the festival dedicated to literature takes place. One week with the most interesting noir authors of thriller genre. 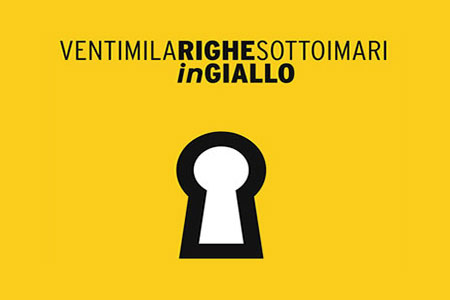 Every year, at the end of August, more than 500 exhibitors occupy the centre of Senigallia. A festival that has longstanding origins and never betrays people's expectations. 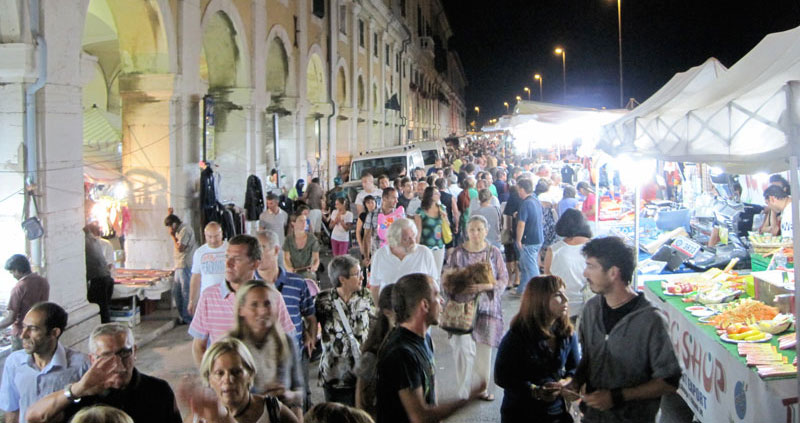 THE INTERNATIONAL FISH BROTH AND SOUP FESTIVAL IN FANO

An international festival dedicated to bread with exhibitors and workshops. 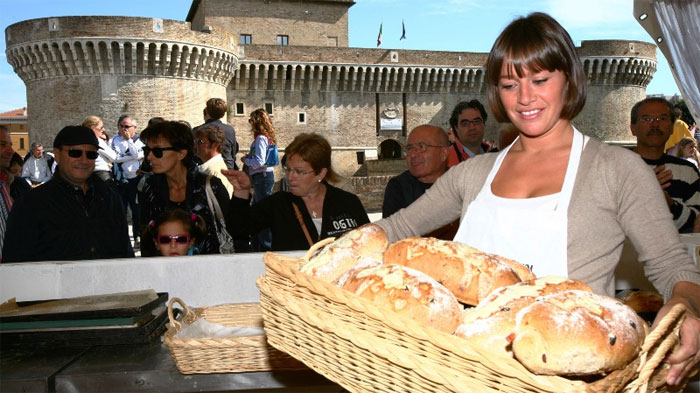 The whole city becomes a large market with food-tasting and cooking workshops.

Plenty of wine cellars to taste wine and traditional local food in a magic environments full of jugglers, musicians and small craftsmen.

The witches' nights enliven the streets of Corinaldo. Music, food and wine but also magic, of course. 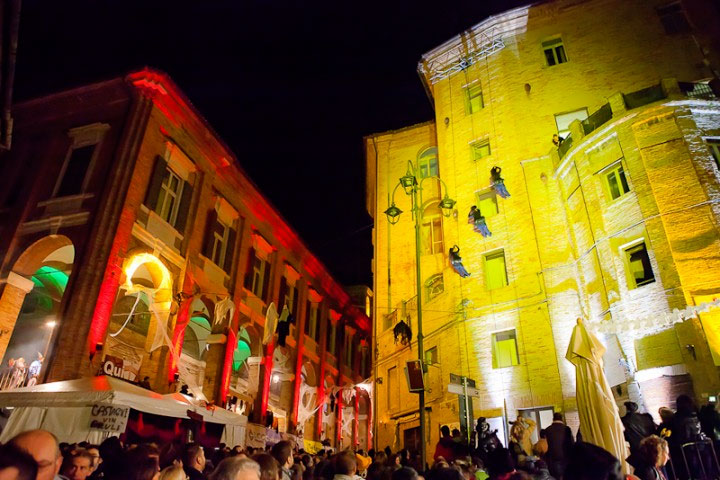 Truffle addicted will find the best of culinary tradition in this product of excellence.

THE CHRISTMAS' STREET MARKET IN SENIGALLIA

The chocolate mixed with the "visciolata" (a sour cherry-based wine). Food and wine stands, street markets, shows and music. 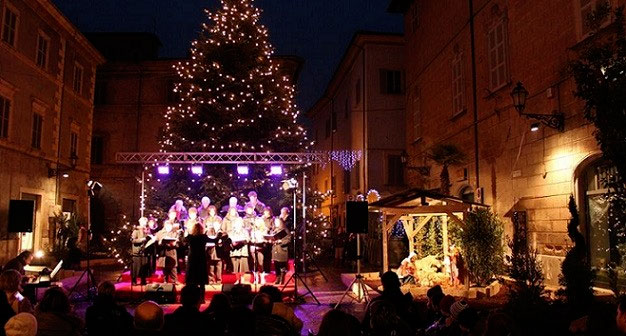